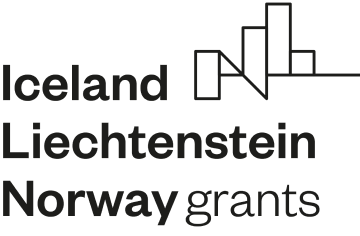 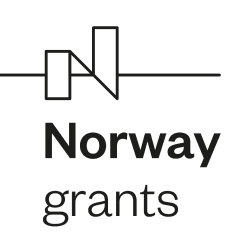 Remote Work: Benefits for Employees, Employers and the Economy

Benefits for Employees, Employers and the Economy

The back-and-forth over remote work versus going to the office, and versus a hybrid system, isn’t going anyway anytime soon, but this ongoing debate’s noise is definitely getting louder. More companies are using more sophisticated technologies to gauge whether their employees are being productive or not. Meanwhile, companies that have gone 100 per cent virtual report that they are doing just fine; other companies are drawing a line in the sand, and that line doesn’t include the option to work from home. For many companies that are based or have a presence in America’s mid-sized or small cities, the discussion is largely over.

Part of the confusion is over the ongoing research about the benefits of working from home in contrast to a complete return from the office: The data is all over the place. Long before the pandemic, the human resources group SHRM had reiterated what many appear obvious about the advantages of remote work. To start, employees were less stressed out from not having to commute, they faced fewer distractions from interruptions and banter in the office, and often worked more hours, the latter data point a bonus for companies wishing to boast about their productivity.

Among the arguments against remote work, one of them is that isolated workers aren’t working and collaborating together, which can weaken a company’s overall efficiency, can prevent a strong work culture and curb innovation.

But, for any employees who often face microaggressions on the job, or simply don’t “fit in,” the jibber jabber over “collaboration” often doesn’t resonate with them — it’s difficult to be part of any team if one’s contributions are not valued or overlooked. Plus, the pandemic’s effects are still lingering, which means that for many employees, the best possible mental health program that allows them to both heal and focuses on the job at hand is a relatively simple solution: to continue working from home.

Nevertheless, the tug-of-war between remote and physical workspaces continues — and in the spirit of fairness, another pre-pandemic survey found quite different results related to remote work when compared to SHRM’s study. In researching the habits of European workers, this 2019 study found that the gap in productivity of employees working remotely versus those in the office was close to 80 per cent.

The headlines over remote work continue, in part due to the divisions shown within the workforces at America’s most notable brands. Take the conflict brewing at Apple, where staffers are baulking at coming back to the tech giant’s Cupertino, CA headquarters (shown above) three times a week. But of course, they have their objections: To start, the definition of what is “Silicon Valley,” has long been extended from the Santa Clara Valley to the Peninsula, San Francisco and the East Bay, not to mention far flung exurbs such as Tracy and even Los Banos. The results are far longer trips to the office, as the median home price in Cupertino is currently about $2.65 million, and that’s after a recent dip in prices.

If you’ve suffered in Bay Area traffic, you’d get it. In the event Apple was hypothetically based in a smaller, far more navigable city of 100,000, perhaps the pushback wouldn’t be so vivid. If you’ve worked in an office where many colleagues drive, or commute and transfer long distances, that stress from the morning routine is not only water cooler conversation, but can affect one’s mood for the rest of the day and week. Add the pandemic’s induced stresses such as kids in school, worries about elderly parents, stubborn virus variants and of course, today’s toxic politics here in the U.S.

Therein comes another angle to the remote work debate. The reality is that we’re seeing two types of workers emerge: Those who thrive on being in the office and the banter and collaboration with colleagues, and those who do best from the office in their home's spare room. Of course, there is the benefit for the occasional visit to the office; at the same time, major construction on a bridge or highway overpass, or a spike in fuel prices, should give companies’ management more than a nudge to send the memo, “it’s okay to be working from home for the next few days.”

There’s far more to this debate than ‘efficiency’ and ‘collaboration’

One of the most important benefits a company can offer employees is to treat them as adults and offer the option of where to work, or at least a compromise in the form of a hybrid schedule.

“Some employees I know prefer going into the office every day. Others not at all. The choice is theirs, as long as they meet the company’s minimum requirements and their managers are satisfied,” Gene Marks recently wrote for Guardian. “Will we still be debating work from home a year from now? I don’t think so. Because, unlike some of the other issues created by the pandemic, a hybrid work environment is already putting this one to rest. I just hope that my older clients recognize this. Because if they continue to resist, they’ll lose out on great talent.”

Earlier this summer, Nicholas Bloom, a Stanford University professor, pointed out to Bloomberg additional complexities to the home-vs-office debate. Some issues go beyond arguments over "work culture" and are about the greater good. One example: For large cities under financial strain — including their public transit systems, which are suffering as many workers fled to the suburbs or even farther away — a compromise on work schedules is absolutely needed if our cities can still thrive or even survive in the long term.

Want to be up to date about latest opportunities? Sign up here!

© One Terrene International as part of 'Go Remote' project, 2022